Born with one arm and breaking down barriers, Melissa Johns has spoken to us about how she hopes to use the platform Coronation Street has given her to continue to fight against the stereotypical roles that disabled people are usually given.

Melissa who spent a long time hiding her arm in images is hoping to see a change that shows disability in all its raw, sexy and beautiful glory.
You joined coronation street which is a huge platform for anyone. How did you hope this would change people's views on disabilities and what kind of response have you had?
Joining Coronation Street and playing Imogen was so much more than just getting my next acting role. Imogen is feisty, flirty, provocative and full of attitude. As an actor born with a disability, playing a role with so many strong traits is a huge step forward. I have often found that when an actor with a disability is cast within TV and film, it sometimes seems like the disability is enough and therefore strong character personalities aren't always added.

I often hear people saying “I see you, not the disability” and of course I know what they mean by that but for me, I want people to see that I have one arm because it's my body. It's the way I was born and its part of me and my fight and the person that I am. It's perfectly fine to acknowledge someone's disability – the next stage is accepting. So, it's simple – see it and be ok with it. This is how I hoped people would view Imogen – She's a flirty, feisty blonde lesbian that has one arm. Which means she's even more badass.
What's the worst assumption people make about living with a disability?
The worst assumption that people can make about somebody living with a disability is that we don't “live” at all. Or certainly can't live our lives to the full.

I can't count the amount of times that someone has been shocked when they find out that I am an actor or that I have a boyfriend… Or that I have a sex life!

I remember when I was 19 and at drama school, someone said “Oh wow! You have a boyfriend?” I replied “yes, we've been together since were 15” and then came a question that has stayed with me almost 10 years later… “Oh… right… So how does he feel about having sex with you?”. This, along with lots of other factors, played a huge part in how I continued to view my body for many years. Disgusting and worthless. Other people's pity and ignorance can be very damaging to somebody with a disability. Because if you hear something enough, you can start to believe it.

The best way that I could ever describe how people's assumptions and ignorance made me feel was that I saw every other girl around me as this beautiful, sparkling, perfectly clean cut gem. And then there was me. This grey blob. A battered stone washed up and not a gem at all.

The difference that having disabled models, actors etc can have of society would be incredible. It would allow people with disabilities to not feel alone in how they view their body and would create a huge positive shift in societies views and attitudes towards disability.
When it comes to Fashion, do you think it's inclusive when it comes to disability?
Not at all. And actually, we haven't come very far in 27 years when it comes to this.
My mum had a real hard time accepting the way that I was born when I was a baby and she had no one to talk to her about it and tell her that it was going to be ok. She says that she remembers looking through a catalogue when I was around 5 months old and she was looking at all the babies, toddlers and children modelling clothes and toys and she started to cry. She feared that I would never be seen as these children were seen. That I might not be able to play with the toys in the catalogues because only children without disabilities were playing with them.
I am now 27 and make jokes when manikins arms have fallen off in shop windows thinking “Ahh finally, they're letting me know how I would look in that dress”.
I understand advertising. And I know that the people much higher up don't want buyers to see clothing modelled by disabled models and think “oh that's just for people with disabilities” But just because I that's a huge reason, it doesn't mean it's the right one. We make up almost 20% of the population – Where is that represented?
When it comes to high street brands there are currently none in the U.K. doing an adaptive clothing line. Is this something you would like to see change?
Absolutely. I often have to have clothes altered because of my arm. During filming for coronation street in the summer, the amazing costume department were rushing to alter the arm of one of my tops 5 minutes before we were about to shoot.

They are all very simple things that could be created fairly easily.
When you see designers such as Teatum Jones using amputee models in his shows does it give you hope that other designers will do the same and that Fashion might actually be taking note of the millions of disabled people who feel that they do not fit into the stereotypical box that is considered 'beautiful'?
I hope so. Actually, sometimes “hope” isn't strong enough. I INTEND for that to be the case and I know that I plan to do all I can to help break down this barrier that has been created for people with disabilities.

Disability is raw, gritty, vulnerable, beautiful, sexy and real and it comes from such a personal, unique and organic place.

Why wouldn't you want that on screens, cat walks and stages?
What's in store for you next?
I am currently auditioning for different roles in both TV and theatre as well as speaking at events to spread the message of Disability & Body Image. Going forward, I would also like to work in presenting and modelling fields.
Thanks Melissa! 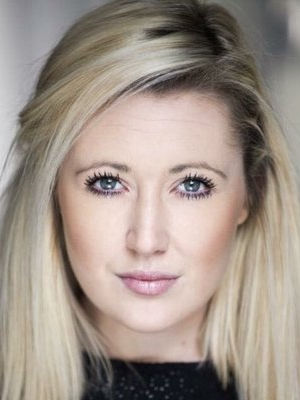 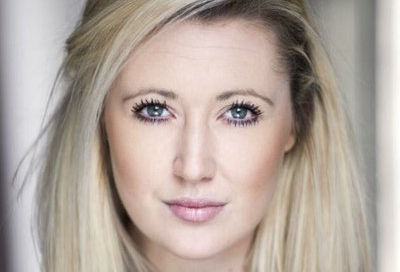